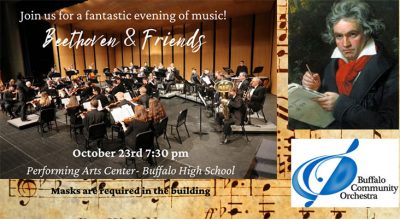 BCO kicks off its 27th season celebrating the 251st birthday (covid may have disrupted his 250th celebration with the BCO) of Ludwig Van Beethoven, one of the most loved and performed composers in western civilization. Beethoven left an undeniable and invaluable mark on classical music. Beethoven, a “musical influencer” of the late 18th and early 19th century, laid the groundwork for many composers that followed.

Join us as we perform Beethoven’s 5th Symphony as well as music of composers that were influenced by Beethoven’s work.