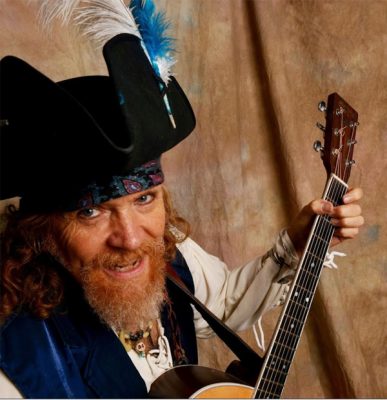 Tom Mason’s performing personas include a pirate, the fool from Shakespeare’s Twelfth Night, and an Elvis-impersonating Christmas elf. Back when he was a Minnesotan, he played rock with Paul Westerberg, among others. He eventually wound up in Nashville, where he wound up in theater, toured with a Johnny Cash musical, and formed Tom Mason and the Blue Buccaneers. He has served as music director and composer for the Nashville Shakespeare Festival–where he also got to play the fool, theatrically speaking. What we’ll get in his on-line concert is anybody’s guess, but it will be anything but dull.